South Africa On The Path To Fixing Its Immigration Laws - Minister 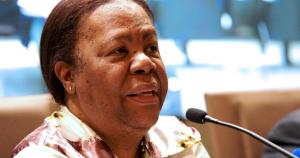 South Africa’s International Relations and Cooperation Minister Naledi Pandor said that the country is working on restructuring its immigration laws.

This comes after South Africa discontinued the Zimbabwe Exemption Permit (ZEP) towards the end of 2021.

The special permits that were granted to about 200 000 Zimbabwean nationals allowing them to live and work in the neighbouring country.

But holders of the permit were given a 12 month grace period, that is, until 31 December 2022, to apply for other permits which they may qualify for.

Speaking on a South African television channel, SABC, on Monday, Pandor said this will pave the way for the country to deal with its pressing matters around migration. She said:

It is important that we do have proper immigration in our country to address all concerns that are out there and some of the prejudices that are evident in some parts of our society.

Over the past several weeks, South African authorities have been rounding up undocumented Zimbabweans and other foreign nationals for deportation as the country intensifies its fight against border jumping.

The issue of people jumping borders will be a thing of the past.

Let's unite as responsible citizens. Let's all fight for change. Not just change but for positive change.

We want all our Sons and Daughters who are abroad to come back home... After they hear the good news that Zimbabwe is New and prospering under Citizens`Coalition for Change governance.

#Rudado the graduate. AMEN.
You have substance in your mind.