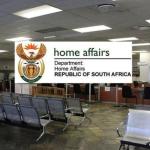 The South African government announced that the Zimbabwean Exemption Permit (ZEP) will be discontinued from 31 December 2021. Current holders of this permit in South Africa will have a 12-month grace period to apply for a different visa type. If they do not gain a new visa within that period they will be deported. Immigration Directive No 10 of 2021 issued by the Ministry of Home Affairs reads:

During the said 12 (twelve) month period, holders of the ZEP should apply for mainstream visas that they qualify for and ensure that their applications comply with the provisions and requirements of the Immigration Act and Immigration Regulations. At the expiry of this 12 (twelve) month period, those who are not successful will have to leave South Africa or be deported.

Organisations: All Companies, Employers, Learning Institutes and Banks are to kindly note that applicants who are in possession of a ZEP expiring on 31 December 2021 must be allowed to continue with their services, provided they submit proof of application for a mainstream visa in terms of the Immigration Act and Immigration Regulations. Proof of application must be a VFS receipt.

The contents of this Immigration Directive must please be brought to the attention of all officials concerned.