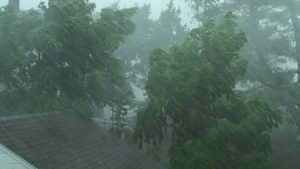 Farmers in parts of the Free State, South Africa say they are facing a challenging period, with major losses of their wheat yield as a result of heavy rains.

Consistent rains since November have left the groundwater locked and washed away some of the crops.

Free State Agriculture says the northern, eastern and western parts of the province are affected.

KwaZulu-Natal, Mpumalanga, Eastern Cape and Gauteng are also said to have been affected.

Maize, beans and sunflower planting has been delayed and the wheat harvest is impossible.

Free State Agriculture Manager, Jack Armour says some farmers may not get a return on investment. Says Armour:

There’s a couple of farmers whose whole crop is dismantled and it’s too late now to get back in the land to plant again. So the crisis there is these farmers have spent a lot of money with input costs they are going to get nothing in investment in their input costs. But also they don’t have an income for the next season now. and they are going to struggle to get financing from the banks next season because their cash flow is looking very bad.

Armour added that a lot of stuff had not been insured.

This means that there will be no bread in Zimbabwe next year. Watch this space.