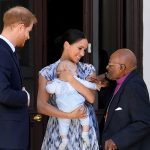 Archbishop Emeritus Desmond Tutu has died at the age of 90.

President Cyril Ramaphosa expressed his condolences to Tutu’s wife Leah and their family, as well as the board and staff of the Desmond and Leah Tutu Legacy Foundation, The Elders and Nobel Laureate Group, and Tutu’s friends and associates nationally and globally.

He paid tribute to the anti-apartheid struggle icon and clergyman who preached against the apartheid government from the pulpit. Ramaphosa said:

The passing of Archbishop Emeritus Desmond Tutu is another chapter of bereavement in our nation’s farewell to a generation of outstanding South Africans who have bequeathed us a liberated South Africa. Desmond Tutu was a patriot without equal; a leader of principle and pragmatism who gave meaning to the biblical insight that faith without works is dead.

A man of extraordinary intellect, integrity and invincibility against the forces of apartheid, he was also tender and vulnerable in his compassion for those who had suffered oppression, injustice and violence under apartheid, and oppressed and downtrodden people around the world.

He placed his extensive academic achievements at the service of our struggle and at the service of the cause for social and economic justice the world over. From the pavements of resistance in South Africa to the pulpits of the world’s great cathedrals and places of worship, and the prestigious setting of the Nobel Peace Prize ceremony, the Arch distinguished himself as a non-sectarian, inclusive champion of universal human rights.

Ramaphosa added that Tutu overcame tuberculosis, the brutality of the apartheid security forces and remained steadfast against successive apartheid regimes.

Nobody gives a shit. We all die at some point. That's what happens to all living organisms. They life cycle has an end

Zvakatouya kare and there's nothing to give a shit about anymore. You're an idiot

Cant believe the Noble peace icon is no more😭😭, he played a big role against apartheid and he will always be missed. May his soul rest in peace