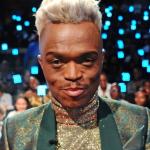 South African celebrity cook-off star Somizi Mhlongo on Thursday responded to the ZANU PF youth’s threat to mobilise against him if he graced the reopening of Garwe Restaurant because of his homosexual disposition.

The restaurant owners succumbed to public pressure after ZANU PF youths and some churches questioned the Government for allowing Garwe Restaurant to bring in an openly homosexual person to Zimbabwe.

In a video on Facebook, the socialite revealed how the Garwe Restaurant failed to make things clear when they booked him to grace the reopening of the restaurant. He said:

Everything was done properly, they had made the payments and they started saying no because I haven’t posted about the event and said they want their refund and want to cancel it but something felt offish.

Mhlongo said the Garwe Restaurant officials did not give a valid reason why they had cancelled him for the occasion.

He said they used the issue of not posting this event on his social media handles as a reason to cancel him off, based on his sexuality. Said Mhlongo:

When they came to me and said we want to cancel because you did not post, and I told them but I explained to you that I did not have Instagram. Anything that I post on Instagram it’s an advert for them.

I am not their marketing person. I am not a promoter of marketing, but I do it because I want to.

You have been stopped from Zimbabwe because some Catholic whatever and some are saying ZANU PF, there are a whole lot of issues but the truth is in Zimbabwe they do not want me to come based on my sexuality, they have made it clear.

Somizi likened homophobia with xenophobia and later on highlighted that it is no different to racism. He said:

What you are doing being homophobic is not different from anyone who is xenophobic and racist, there is no difference.

Somiz ,i hate u so much. Are you a he or a she. Burn the chichi. God did not promote homosexuality. He went by himself to destroy Sodom and Gomora.

This fellow is nuts😆😆

I have been in prison for 6yrs pliz stop chongochani in Zimbabwe prison officers fight hard to stop this only to be letdown by the courts who give poultry sentence to offenders of Chongochani anyone who has been to prison knows this Chirambadare mutimurefu prison officer tried hard to stop this nonsense only to become a victim of fighting against these so called ngochani vakawandisa muno mazivanhu ivava outside in the free world tinoziba vane Mari zhinji chaiko varikuzviita kwanzi mishonga yemari Stop this nonsense now zimbabwe or lose it.

This gyz was so quiet

The funny thing is we actually have NGO's in our country promoting and standing up for this shit, They should burn.BURN I SAY

Gara ikoko.....you are a bad influence to our youths

As a Zimbabwean no artist/performer can better jah praryzah , from outside this country

Kkkkk they are far from being compared to mzansi celebrities though

U should not come to Zimbabwe that's how people behave this side..... If u don't support what someone loves then they want You dead....Even in politics kuChurch kana kumabasa chaiko.....We lack tolerance