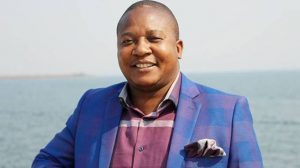 Mines and Mining Development Deputy Minister Polite Kambamura has implored small-scale miners to temporarily suspend their operations during the ongoing rainy season as they are risking their lives.

Most parts of the country have been receiving heavy rainfall over the past few weeks, making small-scale mining activities dangerous.

Last week Tropical Depression Ana dumped a lot of rainfall across the country and now Tropical Cyclone Batsirai, still in the Indian Ocean, could affect the country’s weather next week.

Kambamura urged small-scale miners to halt their operations as heavy rainfall increases the risk of flash flooding and the collapse of mine shafts. He said:

The Ministry of Mines and Mining Development is therefore appealing to all miners to suspend operations in areas that have a high risk of faulting until such a time that the weather conditions are favourable.

The Ministry has also advised all the provincial mining offices to keep alert and prepared to deal with the possible dangers that may be caused by tropical Cyclone Batsirai.

Last week a disused mine shaft collapsed in Chegutu, killing one artisanal miner while four others were rescued.

Kambamura called on miners to put in place safety measures that will enable them to thrive in a safe working environment. He said:

The Ministry has invested a great deal in the capacity building of the small scale miners in the past few years.

Miners who attended the safety awareness campaigns in 2021 are encouraged to put into practice the skills and knowledge acquired from these campaigns for the betterment of their families and the nation at large.

I'm looking for a sponsor l have my own mine