Several Division One Fixtures Postponed Due To COVID-19 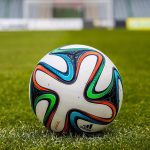 The Northern Region Division One Soccer League has been forced to call off five of their Match Day 4 games that had been scheduled for this weekend due to COVID-19. Only four matches have not been affected by the coronavirus.

Simba Bhora vs Black Mambas, Karoi vs Pam, Ngezi Under-19 vs Chegutu Pirates, CUMA Academy vs BETA XI, and Commando Bullets vs Golden Valley were all postponed.

NRSL representative Sweeney Mushonga said the matches will be played next year just before the resumption of their normal Match Day Five games. He said:

Obviously, the players and the technical teams are a priority to us, and we have to protect them at all costs.

We hope to come up with health protocols that will help us in protecting our teams and implement them all next year after our break.

All the teams affected have an average of seven players with active cases, with Karoi United having the highest number of eight players.

All the affected teams will play their matches early next year, just before we resume our normal Match Day Five games.

Zim Young Soccer Academy was expected to host Herentals U20 FC at Motor Action this Sunday.

The Northern Region Division One Soccer League will take a break for the Christmas and New Year holidays, returning during the early weeks of January.

D1 is the grassroots of professional football in Zimbabwe. Well done Madhodha and Manandi your Eagles is coming to the top flight league so soon

US$0 Harare
Bright 5 months ago