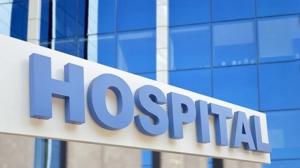 A Harare man has appeared before the courts facing attempted murder charges after he allegedly assaulted his seven-year-old son before melting plastic residue all over his body.

Austin Kapulula aged 30 was not asked to plead when he appeared in court and was remanded in custody to the 15th of this month.

The court heard that Kapulula locked his son in the house before he was forced to open the door by the police after neighbours called law enforcement agents.

The motivation behind the assault is not clear.

The boy is currently in the Intensive Care Unit at Sally Mugabe Hospital in Harare.

Meanwhile, a 23-year-old Harare woman, Esther Mugurapfuwa has been charged for her role in the rape of another woman.

It is alleged that Mugurapfuwa took the complainant to her house in Kuwadzana where her male friend was waiting for them, locked the complainant and her accomplice in a room where she was raped.

The accused was allegedly paid 10 United States dollars by her alleged accomplice after the act.

The complainant reported the matter to the police, leading to the arrest of the accused but the suspected rapist is still at large.

US$0 Harare
Tkt 3 months ago