Senior Police Officer In Trouble Over Tender Awarded To His Girlfriend 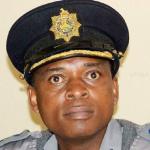 The State has moved to have Police Commissioner Erasmus Makodza tried on allegations of criminal abuse of office influencing the awarding of a tender to his “girlfriend” to utilise a police farm.

Makodza, through his lawyer Tapiwa Makanza, argued that the State had failed to prove that he had done anything wrong, therefore, there should be an exception to the charge.

But the prosecution, represented by Tafara Chirambira said the State had proved that the top cop had a case to answer.

Chirambira added that facts before the court were that Makodza had a child with Maonei Chapfudza and that they were once co-directors of a company called Jeriel Pvt Limited. Chirambira added:

It was not denied that the accused up to 2020 was benefiting financially from Jeriel Pvt Limited company account with Stanbic and that his relationship with Chapfudza and the company Jeriel Pvt Ltd was never disclosed to his superiors, the Commissioner-General or his deputy.

Chirambira added that Makodza did not disclose his relationship with Chapfudza to his superiors, therefore, “It is bizarre to even suggest a the accused did not have a case to answer.

Makodza filed for discharge at the close of the State case, and magistrate Noel Mupeiwa is Wednesday (today) expected to rule on the application.

You probably didn't grease yo elders that's why they are f*ckn you up...otherwise yo institution is the enabler of corruption