Self Proclaimed Prophet Madzibaba Tanya Rapes Woman At His Shrine 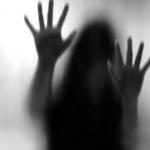 Police in Budiriro, Harare, are on a manhunt for an alleged rapist known as Madzibaba Tanya, who sexually abused a 33-year-old woman twice at his shrine in September after she visited him seeking help for her sick son.

Sex predators are a menace to society. The public, especially women, should not be deceived into believing in such religious pronouncements by perverts whose acts are simply bent on sexual gratification. People should always be alert and report such people to the police.

We are on the hunt for the alleged rapist and anyone with information on his whereabouts should report to any nearest police station.

It is alleged that on September 20, the complainant, from Budiriro 1, went to the accused person’s shrine seeking assistance for her son.

Madzibaba Tanya reportedly told the complainant that she had spiritual husbands and ordered her to have sexual intercourse with a man in the bush for three consecutive days and then bring semen for cleansing.

Mwanza said the complainant told the Madzibaba Tanya that she had no one to have sexual intercourse with and the accused volunteered to be the man.

After two encounters, she did not return for the third time after figuring out that she was being raped.

She reported the matter to the police.

Women should be more vigilant wen t Comes to prophets because juc because a prophet can cast out demons doesn't mean he is like a God,people a man is a man let's be aware women worship God not prophets and do not be manipulated by these perverts,m disgusted by such people,n those commenting before talking trash about e woman imagine if tws ur own mother who went through this,how can we stop these people if we men support thz rapist n blame women? Let's be men not by trouses bt by actions

Yes she z not under age bt thz people re clever they use brainwashing n manipulation as a way of getting their prey. So instead of blaming women educate them about false prophets n their vile ways

Hakuna rape yakadero siyanai na Prophet.The woman agreed kukwigwa for 2 days.She is not under age she was not drugged she was sober Saka rape yacho iri papi

All prophets are dubbed SELF-PROCLAIMED in the press? Please, anyone help me with a few names of local NON-SELF-PROCLAIMED?
This Tanya guy and the lady are in same category. How can you allow someone's 'polon' between your legs in the name of prayer unless you are worshipping sex gods and you are shrine prostitutes. And for that matter twice on separate occasions!

Pastor Lil Wayne KKK lol. Yah I get your point though I wonder if we have any amongst us and how do we know them. Thanks for that.

Pastor Lil Wayne i think the term ,"Prophet",is a highly tittle which God must proclaim to a certain individual.Remember Prophets were more like Kings i.e Abraham,Moses etc these led multidutes if not Nations.Now we do have people,radicals who just fantasize and believe they are something which they are not.These cultist claim to be Prophets,but instead are palmist,seers,sorcers,magicians.Mind you Prophets are not choosen ,but are picked.Only God and satan knows their Prophets

Website design and development lessons. From beginner to expert $10 per month

I blame vakadzi vanoenda kune these sex predators. Why go there in the first place everyday we read about this women never learn

Hakusi kupusa but most of the church doctrines these days can be only described as 'extremist ideals'. Kana munhu wafunga kunamata, better do unto others what you'd want them to do unto you, and please pray at home with your families. Kumachechi ndiko kwakuhwanda pfambi, marapists, armed robbers etc.

I don't think kuti kupata, vanga vatonyeperwawo kuti in order to receive the holy spirit, she should be intimate with the prophet, she was desperate. We should educate our children and the community against churches these days.