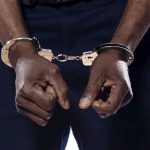 The Zimbabwe Republic Police (ZRP) has confirmed the arrest of Sylvester Phiri who was a passenger in a ZUPCO-branded commuter omnibus (kombi) that was carrying over 180 kilograms of marijuana (mbanje/dagga).

Police said the driver of the kombi fled from the scene during a scuffle between officers and Phiri who was trying to get away with the vehicle that had been ordered to stop. Said police in a statement:

Police confirms the arrest of Sylvester Phiri and recovery of silver Toyota Hiace AEU 4739 inscribed ZUPCO Bulawayo 075 with 181Kgs of dagga at a traffic checkpoint along Gweru – Zvishavane Road on 19/11/21.

A scuffle ensued between the Police and the suspect as his plans were foiled by alert Police officers and the driver fled during the melee. Investigations are in progress.

In a different case, police in Kadoma are investigating a case of theft involving a ZESA transformer oil and copper windings at Solitude farm Kadoma on 19 November 2021.

ZRP said five unknown suspects dismantled a transformer and stormed a nearby house before holding the occupants hostage for about five hours.

The suspects later fled after hearing the sound of a moving vehicle.