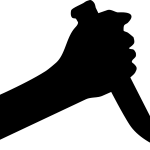 Two pupils stabbed each other with knives at Lighthouse Institute, with one of the pupils suffering severe injuries.

The stabbing incident, which took place on 18 October, was reportedly a continuation of a fight that started at a birthday party held at Margolis resort over the previous weekend.

One of the pupils is a student at Lighthouse Institute while the other is a learner at Zengeza High 1.

It is alleged that the Zengeza High 1 pupil went to Lighthouse Institute in the company of his colleagues and started to assault the accused.

Meanwhile, authorities at Lighthouse Institute argued the stabbing incident is none of their business, saying it did not happen on school premises, contrary to what the police said.

In an interview with H-Metro, one of the Lighthouse Institute directors James Sakavapo said:

This story is false, I never heard of anything of that sort at this school.

We only got to know of this incident from newspapers, we never saw the police at our school to conduct investigations.

Also if the incident happened outside the school premises it is none of our business, we never conducted any investigations at the school because it never happened on school grounds.

What happens outside of school property has nothing to do with us but if it had happened on our grounds we would have taken the necessary measures.

The Zengeza High 1 pupil was taken to Manyame Park 24 Hours Clinic where he was referred to Sally Mugabe Central Hospital where his condition was reported to be serious.

The other pupil sustained minor cuts and was referred to Chitungwiza Hospital where he was treated and discharged.