SB Moyo Told Me To Run, Susan Mutami Claims She Had A Son With Late Retired General 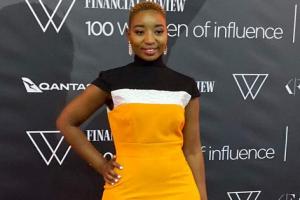 Australian-based Zimbabwean philanthropist and health care professional Susan Mutami has claimed that she has a son with the late former Minister of Foreign Affairs Sibusiso Busi Moyo (SB Moyo).

In a Twitter thread, Mutami, who also claims former ZANU PF Mashonaland West chairman Temba Mliswa sired her twins, said days before he died, Moyo disclosed to her that there were some people who were after his life.

She said Moyo told her that if the unnamed people got him, she should “get a flight back home” with the little boy as the assailants will also be after her. She said:

In his last days on earth SB Moyo sent someone to Avondale where I was staying and was panicking and said there are some people who are after me, if they come for me, they will definitely come for u and the little boy so I need u to get a flight back home.

Varikuda kuita zvavakaita pana Chiwenga ne mukadzi wake kwandiri (they want to do to me what they did to Chiwenga and his wife) and I need u to co-operate with me my sweetheart but if I don’t make it, u know what to do. That was the last conversation that I ever had with the late minister. RIP Soldier.

Surprisingly just before he died Hopewell Mupanganyama alias Kwenda who sits on the Asia desk had started bidding farewell to his colleagues and ended up asking for protection from MID Director Thomas Moyo when the other generals started questioning him of his closeness to SB Moyo at the time of his death.

Hopewell had been given accommodation by cousin Elson Moyo at his waterfalls home since he had nowhere to stay and they had recruited this young boy from MSU (Midlands State University) to MOFA (Ministry of Foreign Affairs).

SB Moyo, who gained prominence in 2017 as the military general who announced the coup against then-President Robert Mugabe on television, died from COVID-19 in January last year.

eish uyo amhanya she could have waited untill powernhad shifted or otherwise because everyone knows that everthing wich happened with all the generals was staged and apparently managed.

Doesn't look like a covid death anymore does it?