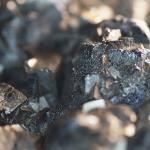 China’s Zhejiang Huayou Cobalt said it would pay a total of $422 million to acquire the Arcadia hard-rock lithium mine in Zimbabwe.

The move marks Huayou’s second raid into lithium, a key ingredient in rechargeable batteries, in the space of a week. It is the latest acquisition of overseas battery mineral resources by Chinese companies looking to shore up supply to meet demand from the burgeoning electric vehicle (EV) sector.

Huayou, the world’s biggest producer of cobalt, another battery metal, in 2020, said in a filing it would pay $388.8 million for Australia-listed Prospect Resources Ltd’s 87% stake in Arcadia owner Prospect Lithium Zimbabwe.

It will pay another $44.2 million for the 6% stake held by Zimbabwean professor Kingston Kajese and the 7% held by Tamari Trust, which previous Prospect filings show is linked to Paul Chimbodza, executive director of Prospect Lithium Zimbabwe.

The Arcadia project aims to process 2.4 million tonnes of ore per year but has not yet reached commercial production. Prospect Resources said in July the first batch of petalite from pilot production had been delivered to offtake partner Sinomine and that it was also working on spodumene samples.

Zimbabwe is desperate to attract investors into its mining sector, which it says will drive the recovery of its stricken economy. It has opened its doors to Chinese firms, which now operate several chrome, coal and gold mines.

Today’s announcement of the sale of Lithium deposits to China is sad and tragic. Lithium is the new Oil. In a few years from now most cars will be running on batteries. This resources corruptly sold to the Chinese is worth Billions. A new Govrnment in 2023 will correct this.

Responding to Hwende’s remarks, some observers said the opposition party was criticising from an uninformed point of view or was deliberately ignoring the fact that the mine was being owned by the Australian company for years, “and they never said a thing.”

Please God help us we are poor

The sad thing is we have rightful citizens who can thru joint venture run these mines but they are not given chances by those in charge... I urge you to fight and secure future for your grandchildren....