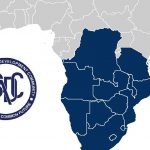 The SADC Extraordinary Heads of State and Government Summit held in Lilongwe, Malawi from Tuesday to Wednesday this week, extended the mandate of the Standby Force Mission to Mozambique (SAMIM) for three months to help the country fight an armed uprising.

SADC nations and Rwanda resolved last June to send more than 3 000 troops to help Mozambique quash an armed uprising in the northern province of Cabo Delgado that has resulted in the deaths and displacement of thousands of people.

The mission was initially deployed in July 2021, but its mandate was extended indefinitely in October.

A communiqué released at the end of the two-day summit, and read by the region’s Executive Secretary Elias Mpedi Magosi reads in part:

Summit noted the good progress made since the deployment of the SADC Mission in Mozambique and extended its mandate with associated budgetary implications, and that it will continue to monitor the situation going forward.

Vice President Constantino Chiwenga, who attended the summit on behalf of President Emmerson Mnangagwa, said he was pleased with the outcome of the summit. Said Chiwenga:

Today, things were very smooth and the issues, which are a major problem in Cabo Delgado in Mozambique were ironed out well and there was unanimous agreement on all the issues. I was quite happy with the outcome of the meeting.

Namibia, Tanzania and Zimbabwe were all represented by their Vice Presidents, Nangolo Mbumba, Philip Isdor Mpango, and Constantino Chiwenga respectively.

Other representatives were Right Honourable Cleopas Sipho Dlamini-Eswatini, Hon Thabo Sophonea, Minister of Finance of Lesotho, Angola’s Secretary of State in the Ministry of Defence and War Veterans- Maria De Lima, while Mauritius had its High Commissioner to South Africa and the SADC region Dr Prakarmajith Vijaye Lutchmun.