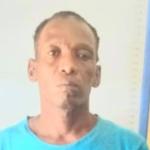 A South African man who allegedly killed seven family members on Christmas Day has appeared in the Malamulele Magistrate’s Court on multiple charges of murder.

Azwidohwi Enoch Ndou (52), a nurse from Limpopo Province faces seven charges of murder after he gunned down his relatives on Christmas morning in the Jimmy Jones Village in Malamulele, Limpopo.

The National Prosecuting Authority (NPA)’s Mashudu Malabi Dzhangi told the court that Ndou shot his family members as they were fighting over a stand that belonged to their father.

Ndou reportedly handed himself over to the Thohoyandou police station where he was arrested and charged for the murders.

The matter against Ndou has been postponed for further investigations and for him to get a legal representative.

He made a brief appearance before the court and was remanded in custody to 5 January 2022.

I'm worried always about people who keep guns in their homes. Some of us don't even keep catapults.