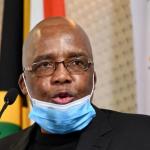 The South African government has blamed Zimbabwe for the delays being experienced by truck drivers at the Beitbridge Border Post which are negatively impacting the movement of goods across the region.

Truck drivers are spending up to 10 days at the Beitbridge border post as toll company Zimborders, which has been awarded a contract by the Zimbabwean government to upgrade the border post, began collecting toll fees.

He said Zimbabwe’s decision to “charge people US$200 and demanding the money in cash” has complicated matters, adding:

And when you are doing renovations you make no space for parking, when you know that Beitbridge is not only a passage to Zimbabwe, it’s a passage to the whole continent.

We have been discussing the issue of automation forever. The newly renovated buildings have opened 75% of the place, which is new. But that newly renovated place is not automated.

So it doesn’t matter how many trucks you process in SA, they can only take a particular number. At some stage, they could only take 10 trucks per hour. That is quite terrible for us.

We have a team based there permanently, which is meeting [Zimbabwean] officials every single day. And every time they meet, they say, ‘We are waiting for an answer from Harare’.

Meanwhile, Road Freight Association CEO Gavin Kelly said on Wednesday that truck queues on the Zimbabwean side have been dealt with. He said:

The situation already changed in the past 24 hours. The queues from Zimbabwe are gone. We are trying to eradicate the SA-side queue today [Wednesday].

Its gru speed up the process Zim guys

Its true speed up the process Zim guys