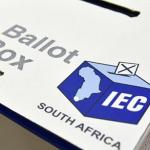 An elections official in South Africa was reportedly caught committing electoral fraud on Sunday, a few hours before the country was due to hold municipal elections.

The Electoral Commission of South Africa in KwaZulu-Natal said it had roped in the police to investigate allegations that one of its presiding officers was allegedly caught stuffing marked ballots into a ballot box.

It was not immediately clear which party the officer was trying to aid by committing the alleged offence and whether he has been relieved of his or her crucial role. The Commission said on Sunday:

In Ward 93, Kusakusa Primary School, in the Mbumbulu area in eThekwini Metro Municipality, a presiding officer was allegedly discovered by party agents, stuffing marked ballot papers into a ballot box.

This remains an allegation and SAPS are still investigating. Members of the media will be updated as soon as the full report is received from SAPS.

The first electoral official to be convicted (for five years) for electoral fraud post-1994 was Sindisiwe Ncube of Ulundi.

In the 2009 general elections, Ncube was allegedly caught stuffing marked ballots and the ballots were allegedly in favour of the IFP.

The whole ballot box must be put on fire and rerun. After that a quick counting must commence and becareful, they could be a big violence during counting to disturbance business.