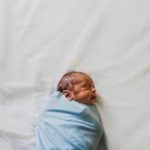 Police at Ermelo in Mpumalanga Province have finally located a daughter that was reportedly kidnapped and separated from her family for over 20 years.

Both mother and child were later discharged that day from the Ermelo Provincial Hospital. Said Mohlala:

As they were on their way home to Breyten, in the company of the baby’s aunt, they met a certain woman who is said to have offered to assist by holding the baby as her mom was experiencing some pains and dizziness whilst the aunt had visited a shop nearby.

The said woman then took the baby, promised to return and went towards the direction where the baby’s aunt had gone. Mohlala explained further:

The incident was then reported to the police at Ermelo, and a case of child abduction was opened.

Police commenced with their search, but there was no information that came forth until 29 November 2021 when the team of investigators got some leads into their investigation.

The Police conducted some forensic tests where DNA samples were collected, and the results showed that the missing child had indeed been located.

Police arrested a 50-year-old woman who is alleged to have been the one behind the abduction that occurred 20 years ago. She has been charged accordingly.

Police said the now 20-year-old woman who was abducted as a baby has been kept in a safe place where she is receiving counselling.

The SAPS said “hopefully” the 20-year-old would be reunited with her biological family soon.

We have done a great job

I agree with you Tete.