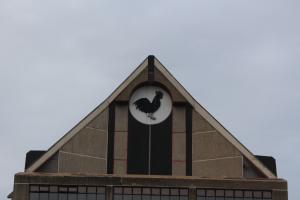 She, however, managed to defeat Stuart Yasini, a perennial campaigner and got 162 votes, the latter polled 99 votes while Muriravanhu Makhakhi attained 6 votes.

In Ward 3, Precious Makiwa beat four other contestants to secure the right to contest the 26 March by-elections on a ZANU PF ticket.

In Ward 4, violent scenes took centre stage as candidates clashed over the authenticity of the voters’ registers. After calm was restored, voting proceeded, and the outcome favoured former ward councillor Ignatius Zvigadza.

They were all fired on November 4, 2020, by the Douglas Mwonzora-led MDC-T for “ceasing to be members.”

Boko Haram for Councilor.... fully behind you

FOR RUTH CHIKUKWA TO ADOPT BOKO HARAM AS HER NAME OR NICKNAME TELLS THAT SHE A VIOLENT PERSON WHO SHOULD NOT BE ALLOWED TO WIN.

WE ALSO HEAR THAT SHE ONCE APPEARED IN COURT FOR VIOLENT BEHAVIOR. ZANU PF SHOULD HAVE BARRED HER FROM PARTICIPATING IN THEIR PRIMARIES.

I AM HAPPY THAT MDC ALLIANCE IS FIELDING THEIR RECALLED COUNCILLORS WHO SACRIFICED BREAD AND BUTTER FOR THE LOVE OF MDC ALLIANCE. AT THE SAME TOKEN MDC ALLIANCE CANDIDATES MUST CAMPAIGN SERIOUSLY. THEY WILL NOT WIN ON SILVER PLATTER.