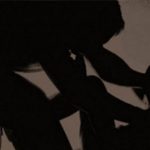 A 46-year-old woman from Rusape recently molested a 15-year-old boy during the night at her home after restraining him from going back home on the pretext that it was too dark.

She was not asked to plead and was remanded in custody to 20 December. Matare also advised Muwereka to apply for bail at the High Court.

Prosecutor Justice Masanganise told the court that Muwereka woke up during the night and sexually molested the teenager. He said:

Muwereka is a neighbour to the complainant. On November 1, the complainant penned their cattle at Plot 9, Nyamwari Farm which is about 100 meters from Muwereka’s place.

She told the teenager to sleep with her eight-year-old son in the dining room. Muwereka slept in the bedroom with her two daughters.

Later during the night, the complainant woke up to discover that Muwereka was sexually abusing him.

The teenager asked Muwereka what she was doing, but she told him not to tell anyone.

Muwereka continued sexually molesting the teenager for about five minutes before going back to her bedroom.

According to the prosecutor, the teenager went back home the following morning but could not tell her mother what had happened at Muwereka’s place. Instead, he started crying.

His mother took him to a local member of the ZRP’s Neighborhood Watch Committee, Abel Mushayabasa where he narrated what had transpired at the suspect’s place the previous night.

The boy said he could not tell her mother what had taken place as he was afraid that she could give him a thorough beating.

The law is rather unfair it doesn't recognise female-on-male rape. This woman will be charged with aggravated indecent assault rather than rape as a result she'll only get to serve 10 years in prison which is half of the mandatory 20 year sentence for rape.

Female rapists must be punished