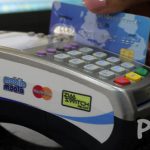 Mangudya told Technomag that the National Payment Systems (NPS) comprising RTGS system, cash, card-based transactions and mobile and internet-based transactions grew by a marginal 0.94 per cent in September to $779.71 billion from $673.27 billion a month earlier.

According to the RBZ Governor Dr Mangudya’s monthly review, the volume of NPS transactions increased from 122.45 million in August to 123.32 million during the month under review.

Many people prefer ZW$ transactions, wherever possible, as the local currency has shed value against the scarce United States dollar.

Leader of the youths (jnr) 1 month, 2 weeks ago

Reply
Leader of the youths (jnr) 1 month, 2 weeks ago

According to my understanding and experience of economics and governing. Reserve money or money in the Reserve bank is more like the profit or the pocket money of a country. Where as the above numbers or information is of the total/gross transactions made by both the public and private sector including you and me not forgetting the bizness and other organizations. At the end the reserve account will receive a share through tax and the like...

But weekly the RBZ compile reports that the Reserve money is around 28billion.The RTGS payment system surges to 477.93billion,i am confused,can some economist help me on this scenario .