Residents Unhappy As Council Rehabilitates Road In Councilor's Area Only 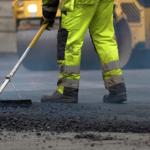 Residents in Nyameni Surbub, Marondera, have expressed displeasure after the council rehabilitated a single road that passes through the area’s councillor.

The concerned residents said all the street roads in the suburb need attention and questioned why the road that leads to Ward 7 Councillor Mubayiwa Dzvuke’s house was given priority.

Open Council Marondera visited the suburb and discovered that the road in Dzvuke’s street has been given a new turf.

Also discovered is that some roads in the suburb are in a bad state with the situation being worsened by the incessant rains in Marondera. Said Tinaye Mauye, a resident:

All street roads in Nyameni are in a bad state, it’s known.

We are disgruntled that the road that passes Dzvuke’s house is the only one repaired.

Why was it given priority? Because he is the area Councillor?

Dzvuke is the council chairman for the Finance Portfolio committee.

He commended the local government authority for initiating the rehabilitation process but cautioned that areas like Rusike and Garikai that have no roads, totally, should be given preference.

Contacted for comment, Dzvuke could neither deny nor confirm the road issue but sent a list of roads which he said the council would act on.