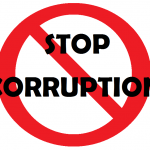 The Gokwe Residents Association (GRA) has objected to the appointment of Alexander Nyandoro as acting town secretary.

Nyandoro, who was the local authority’s chief administrator, replaced Joseph Mandlokuwa who acted in the same capacity last year.

His appointment was with effect from November 11. But the GRA questioned the appointment citing previous cases of corruption involving Nyandoro. GRA Nephias Mhangami said:

In his initial suspension, the council stated that he was involved in an act of dishonest, negligent performance in terms of the Urban Council Act.

What then boggles our mind as an association is how he came back and his subsequent appointment as the acting town secretary.

He came back to work under unclear circumstances

Nyandoro was once accused of forging council documents to purchase a Toyota D4D pick-up in 2012 resulting in his suspension.

When I grow up I want to be an armed robber.

Because these armed robbers are making a lot of money in a matter of some seconds.

When I get arrested I will apply for a bail, and after granted a bail I will run a way and make some businesses abroad KKKKKKK

I don't want to be a politician or a human rights activist because I will die in jail with no amnesty or without any bail.

It's better to be a thief than to be a politician

How many politicians are suffering in prisons for nothing??

How many corrupt personnels are enjoying good lives with their families after robbing NASSA funds, the nation's wealth, workers union funds, the people's food,cotton funds and etc??.

How many people are granted bail after stealing hospital and clinic funds and medical apparatus and medicines?.

ITS BETTER TO BE AN ARMED ROBBER THAN TO A UNIONIST, POLICIAN OR ANYTHING TO DO WITH DEFENDING PEOPLE'S RIGHTS.kkk