Residents Pretend To Be Suffering From Diarrhoea To Receive Handouts 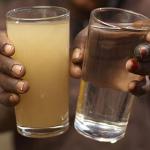 Bulawayo City Council Director of Health Services Dr Edwin Sibanda has claimed that the Diarrhoea cases recorded recently in the Tshabalala extension suburb could be exaggerated and not a true reflection of the situation on the ground.

Sibanda suggested that some residents were pretending to be sick in order to benefit from handouts distributed by some non-governmental organisations.

Bulawayo was hit by a fourth diarrhoea outbreak in as many months as the local authority struggles to provide tap water to residents and was forced to implement a 72-hour water-rationing regime.

Sibanda made the remarks while giving an update of the diarrhoea situation during a Bulawayo Water and Sewerage Services Improvement Project Water and Service Delivery Indaba held at the Large City Hall on Thursday. He said:

As we speak there are 1 093 cases. Of those, nine were recorded yesterday including one death.

I must hasten to add there was an effect modifier in terms of the number of diarrhoea cases that were recorded at Tshabalala Clinic.

Some of our partners were distributing non-food items such as buckets, bars of soaps, sanitisers whose requirement or qualification to receive such was a card from the clinic showing they were treated for diarrhoea.

After that the numbers shot up at the clinic and the nurses came down to say, ‘Ok we would want stool samples from all patients that have diarrhoea here’ and the numbers came down crashing because people were coming literally to get the card so as to go and get non-food items.

We fear that the total number of cases there may not be as high as recorded because some of them were kind of spurious figures – people wanting to get non-food items but the report objectively says, ‘tell the partners to stop distributing the non-food items because they were causing this increase in the number of cases of diarrhoea so we said that affect our figures.

Sibanda revealed that 71 stool samples were sent to both internal and external laboratories and four came back positive for Shigella Flexneri.

He said 15 water samples were collected and five came back unsatisfactory, meaning there were some bacteria in one form or the other.

That's very wise.Even when Zanu PF comes to dish out some goodies to it's people,pretend to be one of them and get those goodies,only you know who to vote for.

That's very good from the residents.