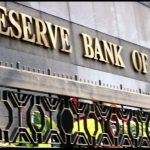 The Reserve Bank of Zimbabwe (RBZ) recorded a decrease in Reserve Money as of the week ending 22 October 2021 reflecting a decrease in banks’ liquidity at the RBZ.

Pindula News presents the central bank’s statement on the status of Reserve Money for the week ending 22nd October 2021.

2. The increase in reserve money largely reflected increases of ZW$604.42 million and ZW$16.97 million in banks’ liquidity (RTGS balances) at the Central Bank and currency issued, respectively. Partially offsetting the increase was a decrease of ZW$21.77 million in required reserves.

Reserve money status do not hold water,RTGS yadhakwa,do not play around with this useless numbers.