Report Any New NGOs To Your Minister Of State - President Mnangagwa 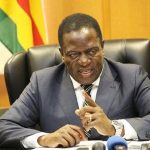 President Emmerson Mnangagwa has urged rural dwellers to be watchful of non-governmental organisations (NGOs) as some have secret motives which have no benefit for the people.

He made the remarks while addressing the Gokwe community during the launch of the 2021/22 Pfumvudza farming programme. He said:

Report any new NGOs to your Minister of State so that it is established whether the NGO is for the good or not. If you just accept such NGOs you end up regretting because some have ulterior motives and you may lend yourselves in trouble.

The ruling ZANU PF has always been sceptical of NGOs accusing some of them of championing the regime change agenda.

The government has also been accusing some NGOs, including the USAID, of sponsoring the opposition MDC, something that is in violation of domestic laws.

Last week Parliament gazetted the Private Voluntary Organisation Amendment Bill which that seeks to, among other things, penalise NGOs that interfere in politics; that have previously been used by the US and other Western nations to fund regime change.

The Bill comes amid reports that the US, through USAID, had set aside US$5 million to fund NGOs under the guise of promoting rule of law, constitutionalism, and democracy.

The funding comes when Zimbabwe is preparing to hold the 2023 elections and ZANU PF believes the NGOs were being funded to campaign for the opposition MDC Alliance.

Some analysts say there is bad blood between the government and NGOs because the latter castigate human rights violations by the former.

The fact that NGO's are doing more to help poor people in rural areas than Mnangagwa while all he does is insult and attack them is an embarrassing own goal against the party. This is why people like Sybeth are now speaking out

I agree with you @blackberry