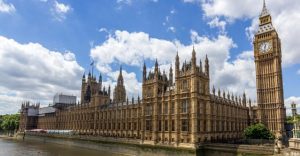 The United Kingdom Parliament has urged the Zimbabwean Government to ensure that all eligible citizens based in the diaspora are allowed to vote in elections.

This follows petitions filed by Zimbabweans based in the diaspora, including by former Ntabazinduna Chief, Felix Nhlanhlayamangwe Ndiweni, requesting to vote in the country’s elections from their host countries.

The issue of the Zimbabwe diaspora vote was raised in the UK parliament by a current member of the House of Lords, the Baroness Lister of Burtersett CBE, Ruth Margot Aline Lister.

The question for the Foreign, Commonwealth and Development Office, UIN HL5134, was tabled on 5 January 2022. She said:

To ask Her Majesty’s Government what steps they are taking, if any, in response to the petition highlighting the disenfranchisement of around five million Zimbabweans in the diaspora, which was presented at 10 Downing Street by the Zimbabwe Human Rights Organisation on 2 December 2021.

In response on January 13, 2022, the Right Hon. The Lord Goldsmith of Richmond Park, Zac Goldsmith, said:

We are aware of the petition submitted by the groups MyRight2Vote, Zimbabwe Human Rights Organisation, and the Restoration of Human Rights Zimbabwe.

The onus is on the Government of Zimbabwe to ensure that all citizens have the ability to vote in line with the constitution, Section 67 of which states, ‘Every Zimbabwean citizen above 18 years has the right to vote secretly in elections.’

However, the UK continues to urge the Zimbabwean Government to fulfil its own constitution and its commitments to reform electoral laws.

I READ THE BRITISH PARLIAMENTARY STATEMENT FROM A DIFFERENT TRAJECTORY. BRITIAN IS OUR FORMER COLONIALIST. IT INSTIGATED EU TO PASS THE LAW OF SANCTIONS.

BRITIAN IS NO LONGER A MEMBER OF EUROPEAN UNION. IT IS NOW AN INDEPENDENT COUNTRY. IT NOW THINKS AND TAKES ITS DECISIONS WITHOUT EU INPUT.

I RECOMMEND THAT OUR GOVERNMENT TALKS DIRECTLY TO BRITIAN ON SANCTIONS. TODAY THEY ARE AGITATING FOR DIASPORA VOTE. IT IS REASONABLE. WE WILL GO NOWHERE UNDER THE SUN IF WE CONTINUE SNUBBING INTERNATIONALLY ACCEPTED PRINCIPLE AND PRACTICE.

IT IS BEST THAT WE START NEGOTIATIONS WITH BRITIAN TO FIND OUT HOW BRITIAN CAN ASSIST IN HANDLING THE DIASPORA VOTE.

A LIVING EXAMPLE OF WHAT I AM TALKING OCCURRED RECENTLY WHEN OUR LISTENING PRESIDENT WAS INVITED TO ATTEND A MEETING IN ENGLAND. I BET YOU IF BRITIAN WAS STILL IN EUROPEAN UNION HE WOULD NOT HAVE BEEN INVITED.

Boris Johnson must learn to mind his own business in England ...and we will mind our own here in Zimbabwe

It's not Boris,read this article over and over again and then come to the comments section

The NEW DECEPTION can't reform itself out of office because they looted a lot these RESTORE REGASI OF STEALING chaps. They created an enemity themselves of opposition parties as if it's a curse. Politics is finding dirty ideologies and countering them with a alternative way that is better!!! Not this one of killing one another because we differ in ideologies 🤔.