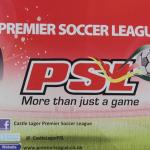 The Premier Soccer League (PSL) has confirmed the abandonment of all matches that were scheduled to be played across the country this week after referees downed tools.

In a statement on Tuesday evening, the PSL said all matches that have been scheduled for this week have been postponed following the nonappearance of match officials.

Five games were lined up on Tuesday, but no referee turned for the matches. Read the statement by the PSL:

This serves to advise that all the Castle Lager Premier Soccer League Match-day Two fixtures scheduled for this week have been postponed.

This has been necessitated by the nonappearance of match officials at all the match venues today.

However, some of the match officials had travelled from various parts of the country and had logged in for team inspections only to withdraw their services before the commencement of team warm-ups.

The PSL is concerned about the lack of communication from the ZIFA Referees Committee as we tried to engage them on the matter to no avail.

We however hope that a solution will be reached soon. We will update on any further developments.

It is not clear what prompted the withdrawal of labour by the referees but the development came soon after the SRC suspended the ZIFA Board led by Felton Kamambo.

The SRC said they made the decision following several incidents of gross incompetence on the part of ZIFA contrary to the national interest.

All is not well everywhere in this country,it's a sign of an underlying problem,the common denominator in all of this is the gvt.

I'm not a soccer fan, but where a national team is concerned, it becomes every patriot's concern, Warriors have really embarrassed us, and humiliated the national flag! So much Ill-talk about us all around us.

Just like teachers soon they will split because not all are formerly employed hence survive on refeering.Why simpathise with Kamambo and his fellow thieves,i also dont care if Fifa ban the warriors because they have got nothing to show,musha ngaugadziriswe

It's not a strike,Psl don't have referees..so Zifa being dismantled it affected e employees.