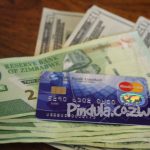 Reserve Bank of Zimbabwe (RBZ) Governor Dr John Panonetsa Mangudya has said Zimbabwe has one currency only, the Zimbabwe dollar, adding that there is no currency called RTGS or Nostro.

In an exclusive interview with TechnoMag, the Chancellor of the Exchequer, Mangudya was asked to shed light on the identity of the local currency since traders use various terms such as EcoCash, Nostro, Swipe, RTGS and bond, among others. Mangudya said:

So there is Nostro, and such because people are perhaps too educated they use all kinds of acronyms.

Mangudya said the various acronyms are not a cause for concern adding: “As long as we speak the same language, I know when they are referring to the RTGS, they are talking about the Zimbabwe dollar.”

He added that foreign currencies that are being used in Zimbabwe include the US dollar, South African Rand and British Pound.

It clearly demonstrate that even the authors of this useless RTGS,lack confidence on their trial and error project.