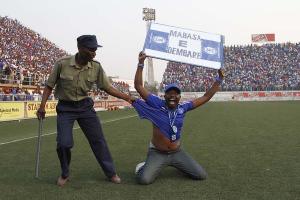 The Premier Soccer League (PSL) has announced that the domestic league will resume on February 12 after a long holiday that started a few days before the Christmas holiday.

In a statement, PSL announced:

This serves to confirm that the Castle Lager PSL competitions will resume on Saturday, February 12, 2022. Please take note of the following:

The player registration period opened on January 8, 2022 and shall close on March 31, 2022. The club registration forms must be completed and submitted to our office not later than Friday, January 28, 2022.

No friendly/practice matches shall be played without clearance from our office. Request for the said matches be submitted at least 72 hours before the date of match.

Clubs are required to submit stadium lease agreements to our offices not later than January 31, 2022. The invoices for the annual subscription fees will be sent to you in due course.

Meanwhile, the major talking point in domestic football circles has shifted to the player transfer matrix.

As the 16 top-flight league clubs prepare to resume, player movement from one club to the other has suddenly taken centre stage. Below are some of the developments: