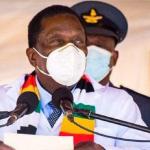 Remember he launched the clean-up programme and we are elated that he will be part of the programme in his hometown.

After that, he will officiate at the launch of the Midlands Youth Livestock Hub at DCK Farm on the outskirts of Kwekwe. The programme will see about 600 youths drawn from across the country receiving 600 heifers from the President to kick-start the project.

The project is part of the Agriculture and Food Systems Transformation Strategy that is expected to propel Zimbabwe to become an upper-middle-income economy by 2030.

The government is also implementing the Livestock Growth Plan which seeks to grow the sector to US$1.9 billion by 2025.

The livestock scheme also targets to increase the cattle numbers from a 2019 baseline of 5.4 million to 6 million in 2025 with a beef production of 90 000 tonnes and milk production from 79.9 million to 150 million.

Animal husbandry used to be one of the main pillars of Zimbabwe’s then-vibrant agriculture sector with farmers exporting beef as far as Europe.

Since the land reform programme, the sector has been on a low note and the livestock scheme is one of a number of initiatives the government is undertaking to revive the sector that was once the backbone of the economy.

Is it really 600 heifers that will be distributed to 600 beneficiaries drawn from the entire country or beneficiaries will be residents of Kwekwe? If indeed it is meant for the entire country, that could need an urgent relook. How much will it cost someone from Chipinge, for instance, to transport their heifer back home supposing they are lucky to get one? Wouldn't it be better to give such beneficiary money to buy a heifer in their own locality? Perhaps such programmes ought to be done at district level.

What achievements were realized in the previous livestock scheme which was launched before 2018 harmonised elections This might be an election gimmick.