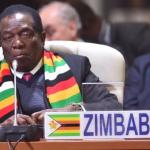 President Emmerson Mnangagwa has sent a condolence message to the Sibanda family following the death of Siwanda Kennedy Mbuso Sibanda, a veteran of the liberation struggle and lawyer. Pindula News presents the message below:

The demise on 22″ December 2021 in South Africa of Advocate Siwanda Kennedy Mbuso Sibanda, robbed our Nation of a leading lawyer, professional mentor and veteran of our Liberation Struggle. Ranking among an early crop of black legal practitioners in the then Rhodesia, Advocate SKM Sibanda will forever be remembered for saving the lives of many captured guerrillas who, except for his legal skills, would have met their death at the hands of the cruel Rhodesian regime. He would make it his mission to locate these condemned cadres and nationalists from secretive Rhodesian dungeons in order to avail legal defense, often pro bono.

I had the privilege of working closely with late Advocate Sibanda who was part of the Patriotic Front legal team as we put together the framework for the Lancaster House Agreement which enabled political settlement and delivered our Independence in 1980 after a protracted War for our National Independence. He was a fine legal mind who knew how to use his legal skills towards the defense of captured cadres and detained nationalists, thus furthering the ideals of our National Liberation Struggle. After Independence and as then Minister of Justice, Legal and Parliamentary Affairs, I would again work closely with him as a member of our Bench which he served with characteristic integrity and honour. Both before and after his stint on the Bench and on a number of Com tow Sibanda mentored many young lawyers into professional adulthood.

May his dear soul rest In eternal peace.