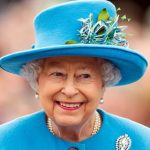 President Emmerson Mnangagwa has said he invited the British royal family to visit Zimbabwe to assess how far the country has progressed since attaining independence from British rule in 1980.

Mnangagwa made the remarks after returning from Glasgow, Scotland where he, together with hundreds of other world leaders, attended the United Nations Climate Change Conference (COP26).

He said he used the UK conference to push for engagement and re-engagement with the international community.

Speaking after landing at Somhlolo Stadium in Lupane, Matabeleland North on his way to Lupane State University where he officiated at the institution’s 12th graduation ceremony, Mnangagwa said:

That (meeting with Boris) was the breaking of the ice between Zimbabwe and the United Kingdom. We then spoke twice after the engagements. I was also invited to a dinner for heads of state organised by Queen Elizabeth. I went with my young brother Uhuru Kenyatta (Kenyan President), although the Queen (Elizabeth) did not come as she was said to be not feeling well. However, she sent her son Prince Charles and grandson Prince Williams.

So, I went to Prince Charles to say in 1980 you were the one who removed the British Union Jack confirming Zimbabwe’s independence. So, I asked him that for 41 years, why haven’t you returned to see how advanced the country you gave independence was? He failed to answer the question. So, I extended an invitation to him to come and see how the country was progressing.

He said he invited Prince William to also visit the Victoria Falls among other natural wonders that the country has.

To come n see what. that we still have one television station kkkkkk

We are all dust.
We all gonna rot or be ashes.

Let the Royal family come and witness how our country has turned to slums and ghettos.How we've ignored civilisation and modern devolopment.