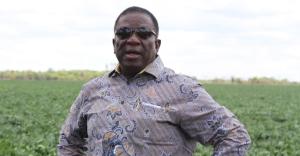 Susan Mutami, an Australian-based Zimbabwean healthcare professional, has claimed that President Emmerson Mnangagwa abused her but did not specify how she was abused.

She said the late Foreign Affairs and International Trade Minister, the late Major General Retired Sibusiso Moyo, with whom she was in a relationship, offered to protect her from further abuse.

Mutami who is a former lover of Norton legislator, Temba Mliswa posted on Twitter claiming that even former President, the late Robert Mugabe knew about the issue. Pindula News presents Mutami’s messages:

When I met SB Moyo I had been abused by @edmnangagwa and SB Moyo said i will protect u from today onwards. President Mugabe knew about my issue and before he passed on he even wanted me to come out in the open bt SB Moyo advised me not to as it was not safe.

When we started dating SB Moyo explained to me that he was HIV positive and I loved him regardless of his status. In 2012 SB Moyo had an operation-TB of the spine and I stood by him through it all.

He was not happy in his marriage and couldn’t divorce @matandamoyo (ZACC Chair) because that wld have bn his 3rd marriage and the divorce wld be costly he said. I agreed w the arrangement and wld fly to Zim every 2-3 months to be w him. I even had trouble w border security because they were wondering why my boyfriend couldn’t visit me here in Australia bt zvimwe zvanga zvisingataurike.

She added that President Mugabe even offered her counselling at the time but she declined the offer as she could not trust anyone adding “but I’m ready to talk now.”

Yu can say that again.skul kids are abused seriously

THE STORY THEY KEEP TELLING US IS THAT THEY FOUGHT IN THE LIBERATION STRUGGLE.

HUMBLY THANK YOU FOR BEING THE US OF YOUR TIME.WE ARE NOW THE YOU OF OUR TIME AND ARE IN THE LIBERATION STRUGGLE WITH OUR LIBERATORS.

LET IT SINK IN THAT THE TIME WE ARE IN RIGHT NOW IS ACTUALLY A NEW LIBERATION STRUGGLE,JUST LIKE OUR FATHERS,HEROES AND HEROINES.

US$0 Harare
chimuti 3 months ago

I WANT TO URGE SUSAN MUTAMI TO COME OUT IN THE OPEN ONCE AND FOR ALL WITH ALL ZANU PF'S NAMES OF THE CENTRAL COMMITTEE OR POLITBURO MEMBERS WHO ABUSED HER LEFT, RIGHT AND CENTRE.

SHE STARTED OFF WITH TEMBA MLISWA, NOW NO LONGER IN ZANU PF STRUCTURES. TODAY SHE HAS ADDED TWO MORE TO HER LIST OF ABUSERS. SHE HAS ADDED THE LATE SIBUSISO MOYO, [MAY HIS SOUL REST IN ETERNAL PEACE] AND PRESIDENT ED MNANGAGWA. SHE MUST NAME AND SHAME THEM ALL AT ONCE !!!!!

MAY I FOREWARN HER THAT SHE MUST NOT MAKE SLENDEROUS ACCUSATIONS AGAINST THE PERSON OF OUR PRESIDENT ED MNANGAGWA WHILE SHE IS SLEEPING GOOD IN AUSTRALIA. SHE MUST BOLDLY COME TO ZIMBABWE AND ELABORATE HER ACCUSATIONS.

[ HOW BEAUTIFUL IS THIS SUSAN MUTAMI TO HAVE CAPTURED THE WHOLE OF ZANU PF HIGH COMMAND ? ]

She never said SB MOYO abused her...she was her bf,that is what she posted before posting this thread..n she maintained they were in good relationship,open relationship...

Reply Report Abuse
FOR THE WHY ??? 3 months ago

Don't worry he's abusing all of us

He is abusing everyone.Especially school kids.