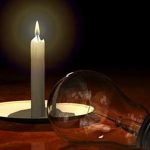 Zimbabwe Electricity Transmission and Distribution Company (ZETDC), a subsidiary of the Zimbabwe Electricity Supply Authority (ZESA) has announced that power cuts experienced yesterday in some parts of Mashonaland East were a result of damages caused by storms to powerlines. News presents the statements ZETDC released to that effect:

NOTICE TO OUR VALUED CUSTOMERS

The Zimbabwe Electricity Transmission and Distribution Company (ZETDC) would like to apologize to its valued customers in Northern Region for a power outage due to violent storms that hit some parts of Mashonaland East Province yesterday, resulting in the collapse of some electrical poles and overhead transmission lines.

Areas affected Wedza, Macheke, Marondera town and the surrounding farms. ZETDC Engineers and technicians are working to rectify the fault.

Report Abuse
THE GUY 7 months ago

EVEN HERE IN BORROWDALE WE ARE PREGNANT WITH POWER CUTS.