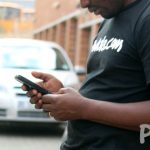 The Portuguese government has banned bosses from text messaging and emailing staff out of working hours as part of new laws dubbed “right to rest”.

The move is part of changes being introduced to improve work-life balance in response to an expansion of working from home in the country.

Companies that employ more than 10 people could face fines if they contact employees outside their contracted hours.

Parents will be allowed to work at home indefinitely without seeking prior approval from their employers until their child turns eight.

And companies may also have to contribute to higher household bills from being home-based, such as energy and internet costs.

She also hoped the enhanced labour protections would attract more foreigners to the country. Said Godinho:

We consider Portugal one of the best places in the world for these digital nomads and remote workers to choose to live in, we want to attract them to Portugal.

The Portuguese island of Madeira has a “digital nomad village”, with free wifi and office desk facilities.

Other countries that have introduced so-called “digital nomad visas”, as opposed to standard tourist permits, include Barbados and Croatia.

Gud work due to the fact that bosses have intention of giving us duties after work .

Thank you Pindula for a good job you are doing of providing the latest news .I am kindly requesting if in future you can also please include jobs in your articles,