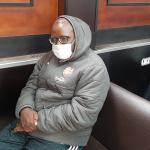 Social media was Tuesday awash with messages that claimed that Biti had been attacked and kidnapped by unknown gunmen from his home in Harare on Monday night. Police said in a statement:

The ZRP has checked with all Police Stations and no report of alleged abduction or kidnapping of Tendai Biti has been received. The Police is currently monitoring the situation.

The statement is issued after MDC Alliance spokesperson Fadzayi Mahere on Tuesday morning said she had spoken to Biti who seemed to show the effects of exhaustion.

He said he had to attend to something urgently but would revert to me as soon as he is able. This is the verified position. Please await further updates from our official channels.

In another tweet, Mahere dismissed reports that alleged that the party’s secretary-general Chalton Hwende had confirmed Biti’s alleged abduction.

The party’s treasurer-general, David Coltart, said he had spoken to Biti who said that suspected state operatives have been conducting surveillance at his home and law offices during the last few days and he feels “as if he is Beirut”.

Lies lies lies!!! Just in time when the imf team is to come into the country

Taura hako loud mouth, he is too much pa power have hungry