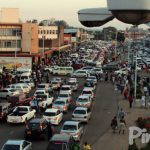 The Zimbabwe Republic Police (ZRP) has launched an operation targeting errant and reckless motorists who are breaking rules of the road with impunity especially during peak hours and endangering the lives of other road users.

Kombi and pirate drivers, especially, have a penchant for driving against traffic resulting in head-on collisions and traffic congestion.

Statistics obtained from the courts show that at least 120 drivers appeared at Mbare and Harare Magistrates’ Courts in the past two months charged with reckless driving, negligent driving as well as culpable homicide.

At least 20 of them were charged with reckless driving after being caught driving against the flow of traffic, and in some cases, driving through red traffic lights.

ZRP spokesperson Assistant Commissioner Paul Nyathi said some of the criminals will be driving parastatal and Government vehicles. He said:

There is an ongoing operation that has nabbed a number of motorists. They are being sent to court without an option of paying admission of guilt fines at police stations.

… We are disturbed by that behaviour and it’s now common in the Southerton area, Chiremba Road, Samora Machel Avenue, Arcturus Road and Seke Road in Harare.

…. We have arrested a number of motorists who drive against traffic in Government vehicles.

Some will be driving vehicles belonging to parastatals and we have since called some parastatals imploring them to reign in on their drivers.

That sets a bad example and we cannot have a Government vehicle being used to break the law.

Meanwhile, Zimbabwe Traffic Safety Council spokesperson Ernest Muchena said his office was working with the police to clamp down on recklessness on the roads. He said:

We are deeply concerned about the conduct of some of our drivers on Zimbabwe’s roads. We have noticed that in big cities like Harare and Bulawayo, they are driving recklessly.

There are some people who drive against the flow of traffic during peak hours. This is so rampant along Bulawayo road between Kuwadzana and Harare’s central business district.

It is also prevalent along Solomon Mujuru (Kirkman) Road, and also along Mutare Road (between Ruwa and Harare) as well as along Chiremba Road.

Such behaviour is a threat to road safety. We urge motorists to follow the rules of the road.

Do that 9 months ago

They will not arrest those with chiwokomuhomwe