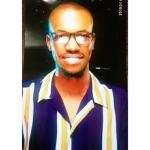 A 34-year-old man, Freedom Mleya from Bulawayo’s Pumula South suburb, has gone missing for more than a month now and police are appealing for information that may assist in finding him.

The missing person is slim build, tall, brown eyes, black hair, light in complexion and has a tattoo on the left arm. He was last seen wearing a pink short-sleeved shirt, maroon trousers and black puma takkies.

Anyone with information regarding his whereabouts may contact the Investigating Officer, Constable Madondo on 0777956135 or ZRP Pumula on (0292)-422898 or any nearest police station