Police Hunt For Harare Woman (39), Who Hired Out Guns To Robbers 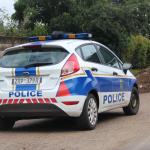 Police are looking for a 39-year-old Harare woman who allegedly rented out her husband’s guns to armed robbers without his knowledge.

Officers from the Criminal Investigations Department (CID) recovered two pistols during a raid at Norest Kufa’s Greendale residence in Harare.

The raid followed the arrest of a suspected armed robber, Edwin Muchagwa (42).

Kufa is accused of breaking into her husband’s safe and stealing the guns which she allegedly rented out to Muchagwa and other criminals. In return, Kufa allegedly got first refusal on the stolen goods.

The Police recovered two stolen vehicles from Kufa, a Mercedes Benz and a Toyota Allion, which she allegedly bought at giveaway prices from Muchagwa.

Prosecutors told the court that Kufa is on the run after evading the police dragnet.

US$0 Harare
Jutas 6 months ago

MR PRESIDENT, HAVE YOU ONCE OBSERVED THAT OUR NATION'S WEAPONRY IS THE MAIN HELPER OF ARMED ROBBERY?.

NOW, WHERE ARE WE GOING WITH THIS?.

LET'S TRY TO BLOCK THIS BEFORE IT GROW UP

Zimbabwe is slowly becoming a pariah state where law and order does not exist . Woman are also perpetrators of fraudulent activities ah too bad for Zim

I smell a rat,here can somebody balance me how hubby leaves keys for safe with loaded guns to wifey,hana ya hubby hairove here kusiira mkadzi nyere?

Something doesn't add up. The lady bought stolen items from robbers who hired her guns...and the husband didn't notice...

Well done guys. You will get the woman who is on the run. Keep a watch full eye at border exit points. Get her photo to all border collie posts

Let's revitalise neighbourhood watch committees. Curfew should remain in place as long as this menace exists.

I think curfew is actually giving them an opportunity to move around with little disturbances and great cover because no one will be moving as well. Police isn't patrolling at night. It's easy to notice strange movements in your area even at night but now everyone will be indoors and you would believe it's police if they present themselves as such. Someone going home from a beer hall can actually help. I once was attacked by robbers at home close to midnight and two men who were coming from a party noticed that something was happening at my place and came to my rescue. They lived in the area too. Curfew is not good at all unless police officers or soldiers were patrolling properly

But how did this woman get to connect with the robbers?

Chances are, she has a romantic affair with one or all of the robbers.

All CIO agents are suspects.