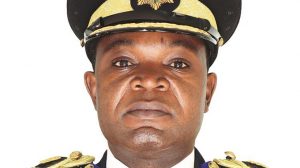 This handle has nothing to do with Zimbabwe Republic Police at all. Any political statements, campaigns and criminal acts perpetrated by anyone through this fake and ghost Twitter handle will be investigated and action taken without fear or favour.

The Zimbabwe Republic Police will also engage appropriate levels to ensure that this ghost Twitter account is effectively dealt with.

Reply Report Abuse
The King of Serpents 5 months ago

🤔Mmmmm, ukaona ZRP ichipopota because of a ghost account, pane nyaya! I will also personally investigate that account, maybe pane chokwadi chayakataura that ZRP wants to cover up.