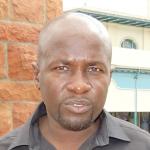 The annual event is held on 22 December to remember the 20 000 victims of the 1980s Gukurahundi atrocities.

Ibhetshu LikaZulu had planned to march from Stanley Square to the Joshua Nkomo statue in the city centre but police details were deployed to block the event.

This year’s commemorations were held under the theme: “Can there be healing without truth-telling and justice?”

Speaking in an interview with CITE, Ibhetshu LikaZulu Secretary-General Mbuso Fuzwayo said the police conduct was not surprising. He said:

We are not surprised by the conduct of the police. They are part of the security forces that were responsible for the genocide.

It is sad that President Emmerson Mnangagwa always reiterates that people can now discuss openly Gukurahundi but every time when we hold commemorations they come and block us.

However, that is not going to stop the people from holding such events.

On 22 December 1987, the late ZAPU leader Joshua Nkomo signed the Unity Accord with the late ZANU PF leader Robert Mugabe.

The agreement brought to an end the State-sponsored Gukurahundi massacres in the Matabeleland region and parts of Midlands province.

Ndebele attacked helpless Shona people. The government had to step in to stop the shenanigans. They sent the military to deal with it. They did. They did good. The Shona never once fought the Ndebele. It was a battle involving the military and the Dissidents who the destroying shona people and peace in the country. People need to wake up. This is over

Can these guys just pile up their bitterness into little boxes until the issue is resolved by their leaders coz vakutibhohwa manje. Some of us were not even there pazvaitika. If they continue provoking there is going to be another conflict.

WE ARE TIRED WITH THIS GUKURAHUNDI STORY EISH.

YOU CAN NOT SEE KUTI THE IBETSHU LAKAZULU ARE PUSHING FOR WHAT, MAY BE THEY ARE SPONSORED SOMEWHERE TO RISE THE DEAD