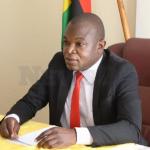 In a statement on Wednesday night, ZRP national spokesperson Assistant Commissioner Paul Nyathi revealed that one of the suspects was a former police officer while the other was a serving member of the Zimbabwe National Army.

The three robbers shot dead by Nemaisa have been identified by the police as Charles Chirara, Tariro Gora and Brian Koga Tendere.

Pindula News is publishing the statement issued by Assist Comm Nyathi below:

Reference is made to an armed robbery incident which occurred at Joseph Nemaisa’s Chadcombe home in Harare on 6th December 2021.

The Zimbabwe Republic Police has arrested Ex-Constable Francis Takura (33) and Private Virimai Nyandoro (37) of the Zimbabwe National Army who escaped from Chadcombe on the night of 6th December 2021.

The Police has also identified the three suspects who were shot dead through the National Fingerprints Bureau and the Police Scenes of Crime experts as listed:

Investigations by Police so far have revealed that the Norinco pistol was stolen through robbery on 5th November 2021 at a house along Bishop Gaul Avenue, Harare.

Police have also established that Francis Takura was discharged from the Police Support Unit in year 2018.

Brian Koga Tendere was recently released from prison after serving a ten-year sentence for a robbery case which occurred in Borrowdale, Harare, in year 2011.

Charles Chirara was on bail pending trial for the ZB Bank robbery involving US$2 775 000.00 and ZWL$40 000.00 cash-in-transit which occurred in Nyabira on 6th January 2021, while Tariro Gora was a rogue soldier who escaped from duty with a service rifle.

The gang is linked to a spate of armed robbery cases in and around Harare with one complainant (50) identifying his stolen shoes through the suspects’ pictures which trended on social media.

Meanwhile, The Police applaud the public for the cooperation given in fighting robbery cases in the country.

US$4.00 Harare
Doubting thomas 5 months ago