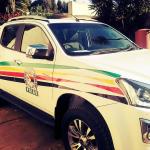 MDC-Alliance Youth Assembly National Spokesperson Stephen Sarkozy Chuma has castigated Political Actors Dialogue (POLAD) principals after they proposed a number of electoral reform recommendations which they want to take to Parliament for consideration.

POLAD principals met in Harare on Friday and finalised a draft document on proposed electoral reforms compiled by their Governance and Legislative Agenda Thematic Committee.

Among other things, POLAD proposed that Zimbabwe must move to the proportional representation electoral system.

Chuma said POLAD has no right to make the proposals since all its principals were rejected by the electorate in the last general elections held in 2018. Pindula News publishes Chuma’s Twitter thread below:

POLAD, a grouping of Mnangagwa’s political lapdogs have this week shocked all and sundry by laying out some funny electoral reforms proposals.

Surprisingly among their facade list of reforms, the gang is silent about the abuse of taxpayers money by election rejects.

POLAD members have criminally benefited from taxpayers’ money yet they do not possess an ounce of a social contract with the masses. Rejects and losers must never determine the course and direction our country must take.

They lack moral probity and public endorsement hence they should not force their rotten political ideas to the very people who rejected the same ideas on the ballot.

If POLAD members are genuine about reforms, then their first port of call must be to genuinely call for the release of all political prisoners like Makomborero Haruzivishe.

If POLAD members are sincere on reforms then they must return Mnangagwa’s vehicles which they were corruptly given.

POLAD members are accomplices to this unjust system that has left our people economically, socially & politically disenfranchised.

We can’t allow accomplices of thievery & corruption to suggest what’s good for our society for they religiously serve the interests of their masters.

If POLAD members are sincere about reforms then their first port of call must be to call for the resignation of chief electoral thief Mnangagwa who ordered the butchering of defenceless civilians by the military in 2018. No honey from flies!

When the country finally restores to order all these POLAD individuals will be tried in court for fraud on taxpayers money. Together with the judges who helped establish their existence