PICTURES: The Apartment Of ZIDA CEO Doug Munatsi Before & After The Fire 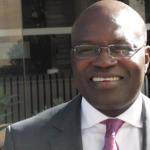 The fire has been described as suspicious and is being investigated by the police. There are also indications that the business executive’s body shows signs of torture.

Medical examiners reportedly discovered that Munatsi’s fingernails were pulled out suggesting that he may have been murdered with the fire being set to hide the evidence. Below are some of the pictures of Doug Munatsi’s luxury apartment before and after the fire.

Munatsi was the co-founder of ABC Holdings (now BancABC). At the time of his death, he was the chief executive officer of the Zimbabwe Investment and Development Agency (ZIDA).

He was appointed to the position by President Emmerson Mnangagwa in 2019.