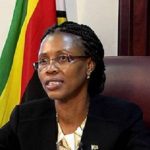 The Government has assured the nation that fuel availability across the country is set to improve beginning this Sunday.

Energy and Power Development secretary Gloria Magombo revealed that the intermittent petrol shortages experienced in the country last week were caused by a two-week shutdown of the fuel terminal at the port of Beira in Mozambique.

The scheduled maintenance work at Beira was completed on 3 December and Zimbabwe started receiving petrol at Feruka on 8 December. Said Magombo:

We had logistical problems related to the supply of petrol after internal country stocks were depleted following the two-week shutdown of the fuel terminal in Beira.

The work included final repairs to the jetty after it was damaged by Cyclone Idai.

We started receiving the product at Feruka on December 8.

Magombo said there was no need for motorists to panic as there is enough fuel in the country to meet demand. She said:

Motorists should not panic, we have enough fuel products in the country to meet demand.