Pastor Steals Cattle From His Mother-in-law 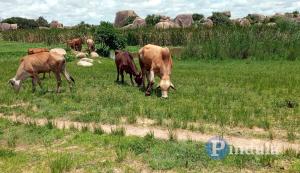 A Kamativi preacher, one Pastor Mumpande (24), was arrested by police for stock-theft after he allegedly stole five cattle from his mother-in-law.

The man of the cloth teamed up with his two friends Emmanuel Mupande (24) and Lusyomo Believe Sibanda (18) in committing the crime.

According to the Zimbabwe Republic Police (ZRP), Mumpande paid two oxen to the in-laws in June 2020 as part of the bride price but he has since divorced his wife. ZRP said:

On 03/01/21, ZRP Kamativi recorded a case of stock theft in which Pastor Mumpande (24) stole five cattle from his mother-in-law with the assistance of his friends Emmanuel Mupande (24) and Lusyomo Believe Sibanda (18).

The suspect paid two oxen to the in-laws in June 2020 as part of lobola but has since divorced the daughter.

Meanwhile, Police condemns the act by the suspects as it propagates violence in communities.

In an unrelated incident, police detectives in Mutoko received a tip-off and arrested Pepukai Kapondoro (36), Timothy Mukotodzi (32), Kudakwashe Kapondoro (29), Elijah Makanganise (43) and Kudakwashe (26) for a spate of stock theft cases in Mutoko.

24 year old pastor, can we expect anything better from this youth, pamwe anga akatotsomwa nemutoriro🤣

US$8.00 Chitungwiza
Natie 4 months ago