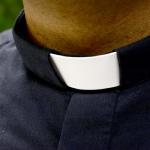 Prosecutor Ms Karen Musiiwa told the court that on September 7, a passer-by requested to use the toilet from Makovere to which he agreed.

The passer-by spilt some water on the toilet floor prompting Muridzi to force the boy to clean up as the passer-by had left.

The boy complied but Muridzi started shouting at him, accusing him of delaying.

The matter was reported at Kariba Police Post leading to Muridzi’s arrest.

Reported cases of clergymen resorting to the use of force to solve issues have been on the rise lately.

Some months ago, a video circulated on social media in which an unidentified pastor was whipping a young man who was being accused of disrespecting his biological father.

In 2014, several police officers were seriously injured in a brawl with members of the Johane Masowe apostolic sect in the high-density suburb of Budiriro 2 in Harare.

This was after the Apostolic Christian Council of Zimbabwe president Johannes Ndanga, in the company of anti-riot police, had gone to then Madzibaba Ishmael-led shrine seeking to enforce a ban on the church for alleged abuse of women and children.

Point of correction
Its not a church, its a pastor who is also a human being like you and is prone to make mistakes. Atleast he admitted and was fined. That is a good thing.