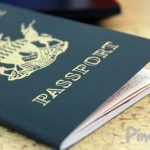 The Government says the passport backlog has been reduced from 400 000 in August 2020 to just 184 000 and expects it to have been fully cleared by year-end.

Information, Publicity and Broadcasting Services Minister Monica Mutsvangwa also told reporters during a post-Cabinet briefing in Harare on Tuesday that considerable progress has been made in the e-passport production project. She said:

The nation will recall that during its ninth meeting, Cabinet approved a strategy by the Ministry of Home Affairs and Cultural Heritage to clear the country’s passport backlog that had accumulated to over 400 000 by August 2020.

Mutsvangwa also gave a report on the e-passport production which is being worked out with a Lithuanian company under a build, own, operate and transfer agreement. It is expected to reduce the cost of passports. Mutsvangwa said:

Cabinet also wishes to report that the implementation of a build, own, operate and transfer agreement with Garsu Pasaulis, a Lithuanian company on an e-passport production project is well on course with the aim of boosting production of passports, identification cards and birth certificates.”

The final design of the Zimbabwean e-passport will be fully compliant with the requirements of the International Civil Aviation Organisation.